This Independence Day I spent time with my sisters (well, two of them) and my brother-in-law on the beautiful island of Puerto Rico. It’s been my second trip this year and even so, I was able to see plenty of things I hadn’t seen the first time. 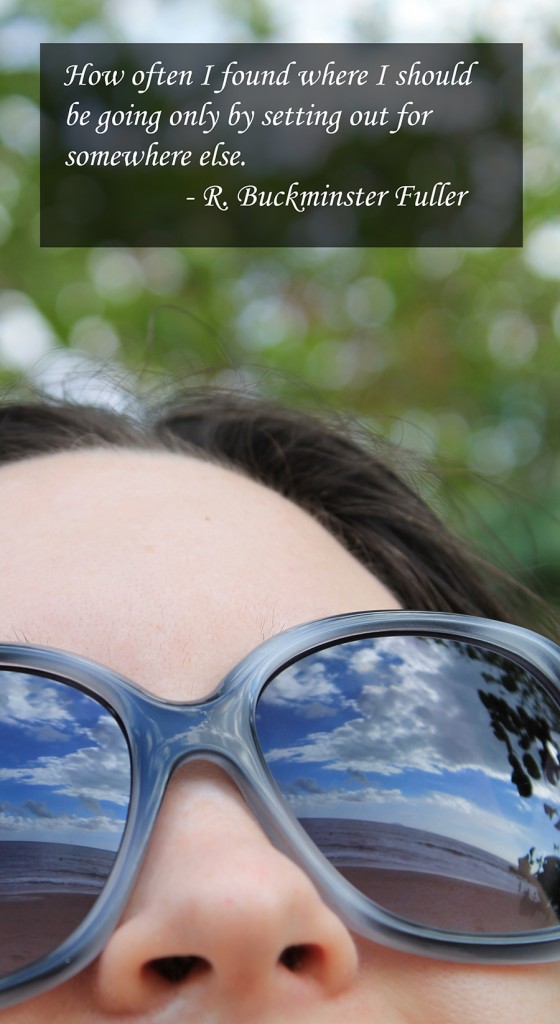 On this trip we stayed on the east side of the island in a small family-run hotel just outside of El Yunque National Park & Rainforest. The Hacienda Moyano was a fantastic place to stay. Our hosts showed us around the property and let us eat whatever we could find which meant a lot of mangos and bananas! I don’t even like bananas, but having fresh ones makes a huge difference in the taste. They also had a large and well kept pool for guests. We spent some time star-gazing and swimming in it. I’m not sure I could have asked for more.

Being close to El Yunque wasn’t an accident. We spent a whole day hiking about the park. It actually worked out very well since not many businesses were open on the 4th. The hiking trails were filled with people from all over the world. There was a beautiful visitors center with empanada (my favorite) where we learned a bit about some of the birds and plants in the forest. El Yunque itself is unique in that it is the only rainforest in the United States. It was also my second national park visit this year. I’m on a roll!

So we didn’t do a whole lot of night-life type activities, however one of the days there we decided to drive out to Ponce. I had never been, and it’s listed as a great destination. We actually stopped at a roadside fruit stand to pickup whatever we could find. We bought tons of different fruit (because why not) my favorite being the spanish limes. They have another name, but it was next to impossible for me to pronounce. Anyway, once we got to Ponce I was in love! What a beautiful city. It felt like walking around Barcelona, but smaller and with less tourists. There was vibrant art everywhere and it just so happened that a full orchestra was giving a free community concert in the park we were eating dinner next to. It was a fantastic night. I was almost tempted to book a room for the night, but we had some activities planned for the next day.

A lot of the things we did were on the water. We saw the bio bay in Fajardo. Last time I had visited Puerto Rico I went swimming in the Vieques bio bay. The bay in Fajardo didn’t allow swimming (the waters are protected) but because of that the bio luminance was much more vibrant. A fun fact, a portion of the tax from alcohol in Puerto Rico goes to protecting the bay in Fajardo so you can feel like a real conservationist while you enjoy yourself a drink.

We also had a fun morning activity that we planned a bit last minute. Thanks to Captain Paco, we took a boat tour out to Monkey Island. We did a bit of snorkeling first with a family from Alabama (they were very friendly and we later saw them in the airport!) One of their sons actually found a starfish while snorkeling. I didn’t see any starfish other than the one, but I found a baby sea urchin and swam in a school of sardines! It was all very cool, but then it got better as we got up close to the Monkey Island. We could see the monkey’s climbing through the trees, watching us, and playing with their children. I’m usually not a fan of monkey’s. I suppose if you’re looking to enjoy the world you will find the beauty in most any moment though.

We made a few other stops including a impromptu river party (we might have been the only tourists there,) Arecibo Observatory, and countless fantastic restaurants. The only other thing that really stands out to me as a funny moment from the trip was actually when I was dropping off the rental car. I was in a bit of a tiff with Avis over the rental car I was hoping to get and so last minute I booked a different car with Target. No, it’s not the target we know in the states, though they use the same logo. It seems that Target in Puerto Rico is actually an older company than the retail giant. If the retail giant has any plans to enter the Puerto Rican market they would actually have to buy the name and logo from the car rental company. I got a bit side-tracked, but the rental car wasn’t actually on-site at the airport which was a bit of a bummer. So I had to return it and wait for a shuttle back to the airport which is fine. I charged my phone a bit and soon enough I was on a shuttle back to the airport. As always, I struck up an interesting conversation with the driver only to find out he was one of the owners of the company! I was fairly impressed that he took such pride in his company that he wanted to stay involved in the day-to-day operations like that.

Overall, it was a fantastic trip and I’m sure I’ll be headed back again. What a beautiful place.