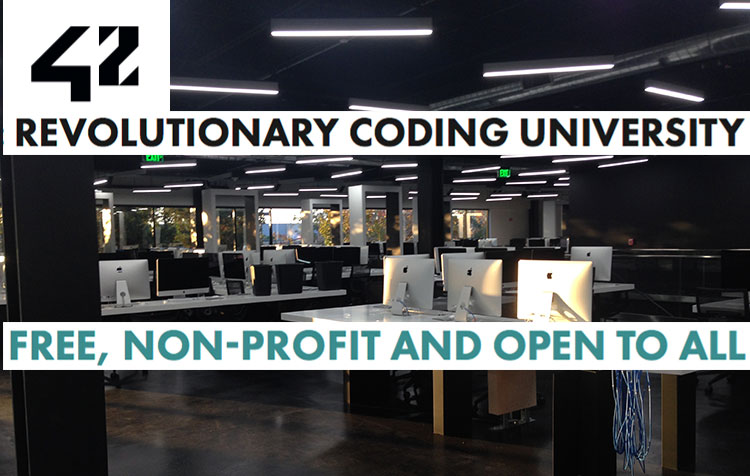 The past month I’ve been learning to code in Silicon Valley as part of the application process for the no-strings-attached free-tuition school called 42. If you’ve been following my twitter, you might have noticed one or two posts about the application tests and process. The owner of the French telecom network free founded the college in Paris, and this year they opened their second campus location in California. The college has no teachers, no accreditation, and has just started to build it’s reputation, but the draw of a free education that leads to a good paying job seems to be attractive to people from all walks of life.

Why Did I Decide to Go?

Like many, when I started the application process it was on a whim. I saw a link somewhere and thought it would be a fun way to test my intelligence. I have always been mildly interested in learning programing, but I wasn’t ever sure if I “had what it takes.” When I received my invitation to the in-person month-long bootcamp I had to give it some serious thought. Eventually I decided that regardless of the admissions process, I could learn a lot from the “piscine.” (I’m told this translates to “swimming in a pool” from French.) Not only that, but I was worried that if I didn’t go I would regret not taking the opportunity since I’m fast approaching their maximum acceptance age. 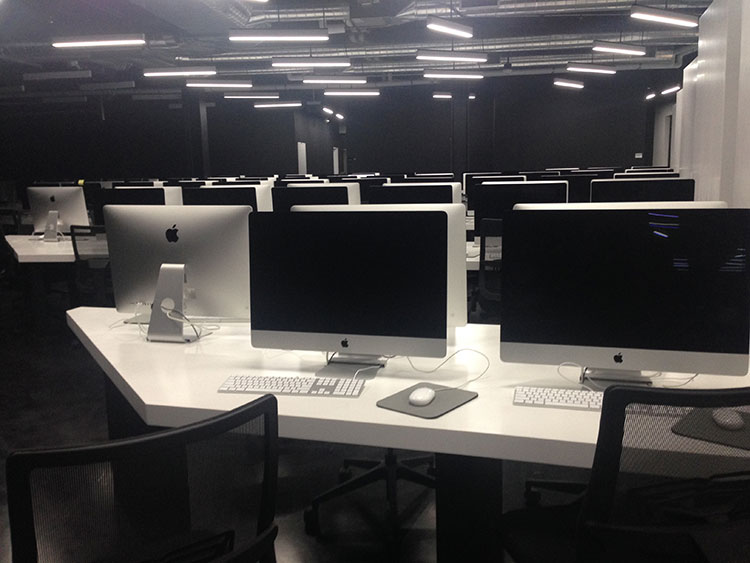 What I Learned At 42

I’ve taught myself a number of different skills through video tutorials and reading online so I wasn’t too worried at the lack of teaching staff at 42. That said, I think more people would succeed if the school made a few changes to how prospective students learned during the piscine. Prior to flying out I think everyone could benefit from reading The C Programing Language, by Brian Kernighan & Dennis Ritchie. During the piscine you’re too busy to play catch-up so those who have a basic understanding of programming concepts seem to be more successful. Of course, there are instructional videos throughout the month-long program, but they are only mildly helpful. I know for a fact that 42 is working to re-make the piscine content though so I expect the videos and PDFs will be infinitely more useful for future pisciners.

In the end, I did learn some C. I have always tried to avoid learning C because I didn’t know what I would do with it, but not only have I learned C, but I’ve learned why learning C is important! I also learned more about how I learn. I know that sounds redundant, but understanding what tactics help me to retain information the best will be useful for everything I want to learn for the rest of ever! And yes, maybe some people think they learn this at college, high school, or at some other point in life, but I didn’t realize how ineffective my old techniques were at teaching me to retain information until I tried to use them for this piscine.

What I Loved Most About 42

The people…and cantina… Can I love two things the most? I knew the people who would be drawn to 42 would be interesting and I wasn’t disappointed. In some ways, I chose to go to Rochester Institute of Technology for my formal education because of the people. When I re-visit the campus as an alumnus I feel a bit sad that I don’t see as many weird kids. (And I mean that in the best possible way.) Fortunately 42 didn’t disappoint me in this regard.

Politics were a hot topic during my piscine since the presidential election was concluded in the middle of the whole thing. It was interesting to hear from people that were self-identifying as everything from near-Marxist to alt-right. Even aside from that we had some real characters. The lack of sleep and high level of stress allowed you to see a huge range of emotion from each person in a fairly short window of time. It truly made you feel like you’d known these people for much longer than you did. By the end of it I was hoping everyone would be going back to further their education so that I could spend time with them all. 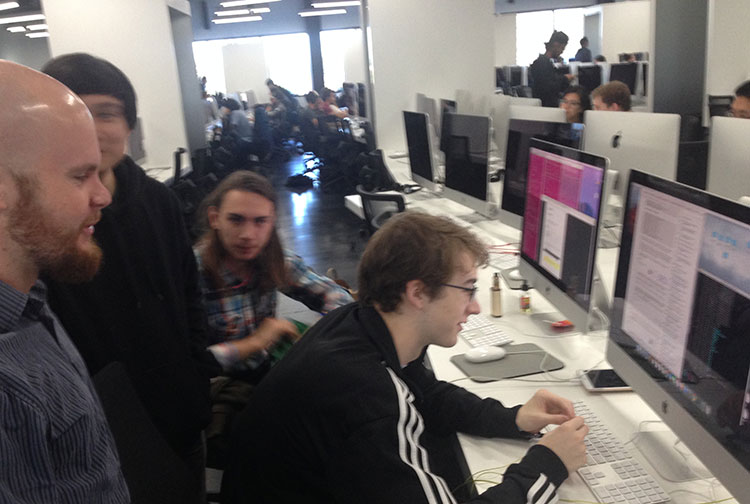 The school as a whole doesn’t do a great job with communication. You’re told not to trust rumors, but often times without rumors you’d be left in the dark. Prior to leaving it was a struggle to find out critical information like when the end date was, when you had to be moved out of the dorm, and the food situation. I now know that some things, like the food situation, were still being worked on so they didn’t have a lot to tell the pisciners. (There is now a great cantina in the dorm building for students, but it wasn’t open until the second week of our piscine since the original food vendor left abruptly.) I think the lack of communication at 42 was particularly apparent in the struggle for the cantina to provide food for students. There was always a highly volatile amount of food that needed to be made. For instance, our last night we threw a good-bye pisciners BBQ, but the kitchen staff didn’t know that so they ended up cooking for more people than showed up. It sounds like such a small thing, but those little communication breakdowns cause a lot of stress, frustration, and unhappiness for staff, students, and pisciners alike.

Now in the school’s defense, they do seem to be aware of this and are working to improve the communication. I think we received more emails about events, processes, and expectations in the last week of our piscine than every other week combined. I expect the staff is just over-worked and backlogged with projects at the moment and that this will continue to be a better experience for everyone as things fall into place.

I have so much more to say about 42, but I wanted to post something covering the major points before I got my acceptance or rejection letter. (I think that makes the opinions a bit more objective.) Overall, I’m glad I went and I would encourage those who are truly interested in coding to try it for themselves. I think I walked away with enough knowledge and skill to have made the experience worth the temporary inconvenience to my day-to-day life.