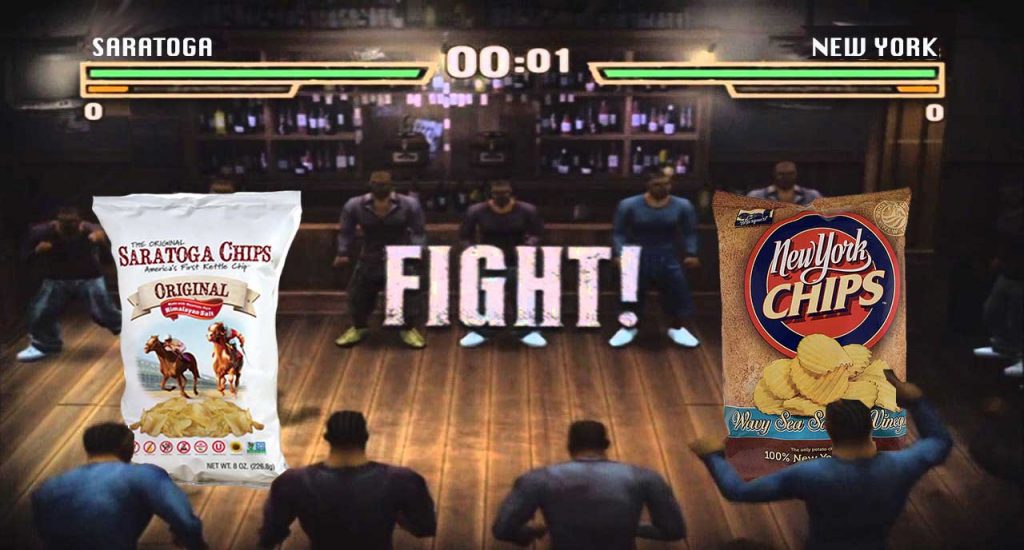 It’s been some time since I posted and while I’ve thought of a number of different things I wanted to write about I haven’t found a lot of time to do so. I recently bought a house, moved back from California, started working on a startup, and in my spare time I’ve learned to code. Needless to say, busy.

That being said, I can’t ignore anything related to small businesses in New York. If you don’t know, New York Chips are the potato chip that’s 100% made in New York. The potatoes are grown, processed, and packaged right here in Western New York. Do you know how excited I was to find and try them?!

This weekend I noticed the place I usually pickup my pizza from had a display with a few different flavors. The shelf was half empty so I suspect I was a little late to the party, but I grabbed a bag of salt & vinegar. Somehow I refrained from popping it open on the way home.

My original plan was to save them until I grilled some burgers, but I couldn’t wait that long. I ended up eating them just hours after purchase…even though I’d eaten pizza and wings. I have to say, these were some of the most flavorful potato chips I’ve ever eaten. I know, I know, blasphemer, right?

If you don’t understand let me explain. While I’m raving about these potato chips from Western New York, I’m somewhat slighting the original potato chip, which is also from New York. Saratoga Springs, NY to be exact.

The original potato chip was meant to be an insult to a picky customer at Moon’s Lake House on Saratoga Lake back in the 1800’s. The customer insisted that his fried potatoes were too soggy and needed to be thinner. The chef made them as thin as possible expecting to laugh when they were unable to be picked up with a fork, but instead they were a hit. The Saratoga Chips company has been making them ever since and it’s certainly hard to disavow the company from the title of best potato chip in New York.

I like Saratoga potato chips, but they’re…healthy tasting. I obviously buy them because I like to support local companies, but they aren’t exactly the chip you can bring to a BBQ. (Speaking of which, they do make the best BBQ flavor chip in the world.) What I like about New York Chips is they’re a bit more casual. Aside from the Avocado Oil & Sea Salt, the flavors are pretty standard. You won’t see anything to match Saratoga’s Thai Sweet Chili and so picking out something for a crowd of people is a bit easier.

Honestly, I just love seeing businesses in New York succeed. We have an abundance of agricultural resources that get spent on cow corn and I love seeing the market expand to allow for greater value products. So go ahead, grab yourself a bag of chips and feel good about supporting a small business!