I’m a sucker for new tabletop, card, dice, pretty much whatever games. I’d be lying if I said I wasn’t excited to see this kickstarter. The game is called Bug Industries. Each player is in charge of a project and they need to de-bug their project first to win. 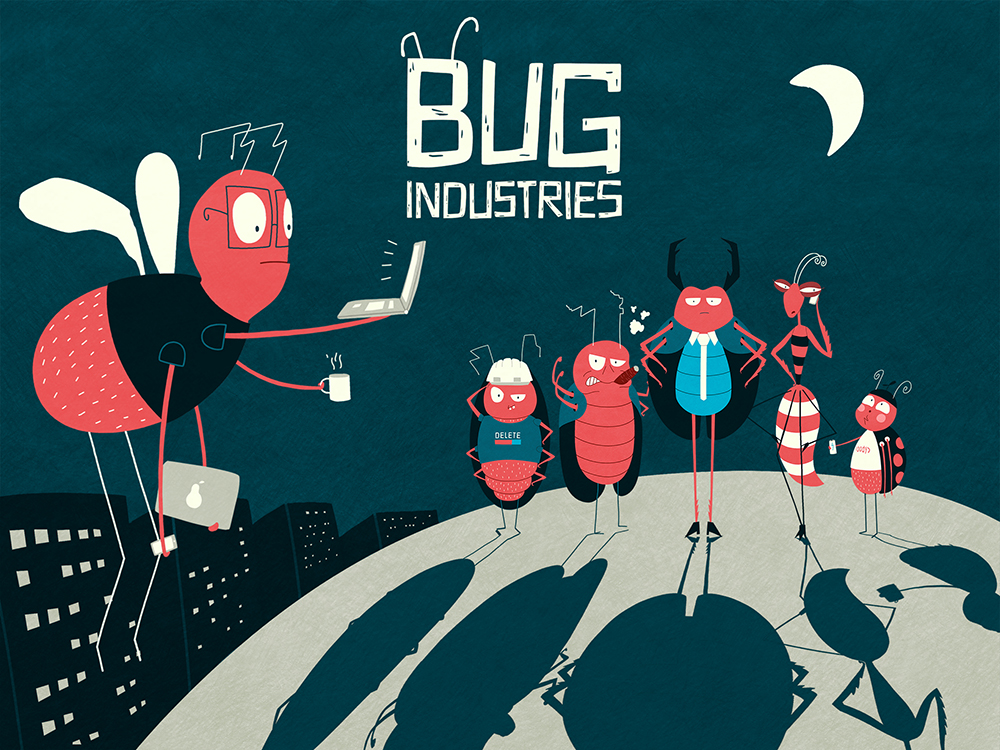 The game is simple, but it looks to be hilarious and enjoyable. It’s also just a great way for non-programers to get a sense of programing culture. I wouldn’t consider myself to be a programer even though I dabble. I simply think this would be great to play with say, a marketing department, so they can understand the frustrations that tech teams experience.

They described the “atmosphere” of their game a bit in their official press release and I had to include it. These guys certainly have a sense of humor!

“Only four bugs left. Then you win the game. You roll the dice. A four – perfect! But the action dice shows that you have to draw a bug card. It is… the godfather of Bug Industries, the stag beetle. The meanest bug of them all. He looks at you with that dung-eating grin and gives you 16 new bugs…”

The group behind this game made a fantastic promo video that you should watch if you’re even a little interested in the game. It goes over a bit of how you would play the game as well as introduces some of the characters.

The game is meant to be played in under 20 minutes. Of course, because programers built it, they actually ran programed simulations to make sure that it’s guaranteed (almost always) to be a 20 minute game.

My personal favorite character is The Lady. She’s a mantis, because of course she would be. She’s all about making your life more difficult by misleading you into making bad choices. That’s probably how I was as a manager. (I hope not though!)

I do really love the art style used for these guys and I have a feeling this is going to be a great game. If you want to get your own copy of Bug Industries check them out on Kickstarter and make a small donation. Don’t worry, they will ship internationally!