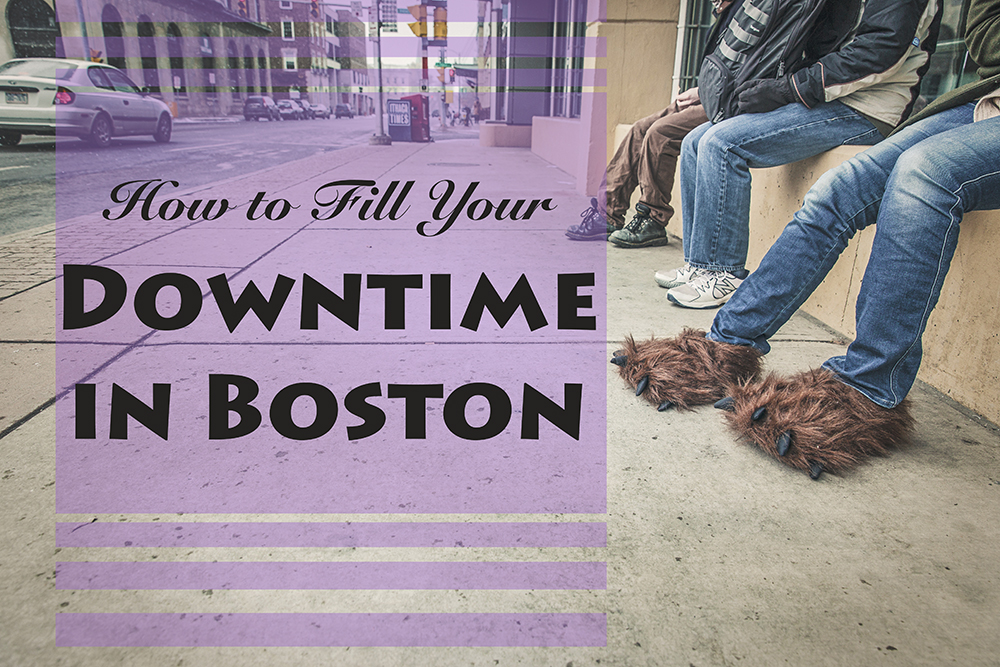 Boston is a great city filled with history, great food, and huge events. This weekend the Boston Marathon and PAX will be going on in the city, but that doesn’t mean people going to either event shouldn’t take a few extra days to explore.

I’ll admit, the last time I spent a significant amount of time in Boston was for my school’s 6th grade whale watch. It was an insanely fun time though we did end up on a bit of a Gilligan’s Island whale watching tour. (The boat got caught in a storm, but instead of shipwrecking us we just lost our dinner reservations and had to eat from to-go boxes on the bus.)

This time around I’ll be spending most of my time at PAX, but I’ll be visiting a few of those destinations that 6th grade me just wouldn’t have appreciated. I’m sure there are a number of people who weren’t able to secure 3-day passes and will be taking a day or two off as well.

The aquarium opened in the 60’s and draws huge crowds nearly all year round. They have the exhibits you would expect, sharks, stingrays, turtles, and of course, penguins. If you’re lucky, or plan well, you can even catch the penguins during feeding time!

Every city has their own museum of science, but this one has the world’s largest open-air Van de Graaff generator. You know, those balls you can touch and they make your hair stand up, but just much much more powerful. Of course, there are other things to see like the butterfly garden and exhibits about relatively new areas of science including renewable energy and nanotechnology.

The main appeal of the skywalk is just getting a really good view of Boston. There are some exhibits and informational sections of the skywalk, but it’s truly about the view!

This is one of the largest museums in the country so it’s hard to pass up. The museum constantly is updating its collection, but the structure itself has changed a bit in the past few years. Just last year they renovated their Japanese garden!

Visiting one or two of those attractions is exciting, but if you do decide to go to all of them you can save some money by buying a CityPass. CityPass offers a package to visit all of those attractions, (the Museum of Fine Arts can be substituted for a cruise in Boston Harbor), for $55 instead of the retail $96-and-some-change.