The Volunteer State, Tennessee! After a beautiful drive back over the Appalachians I have arrived.

This little town in Tennessee is worth mentioning (and stoping in!) Gatlinburg, TN is one of those little holiday towns. Their biggest seasons for tourists are summer and winter, but there is plenty to do in their off season. The first place I headed to was the Hollywood Car Museum. I mean, with my all-time favorite Fast and Furious car (Mitsubishi Spyder) out front how could I resist? 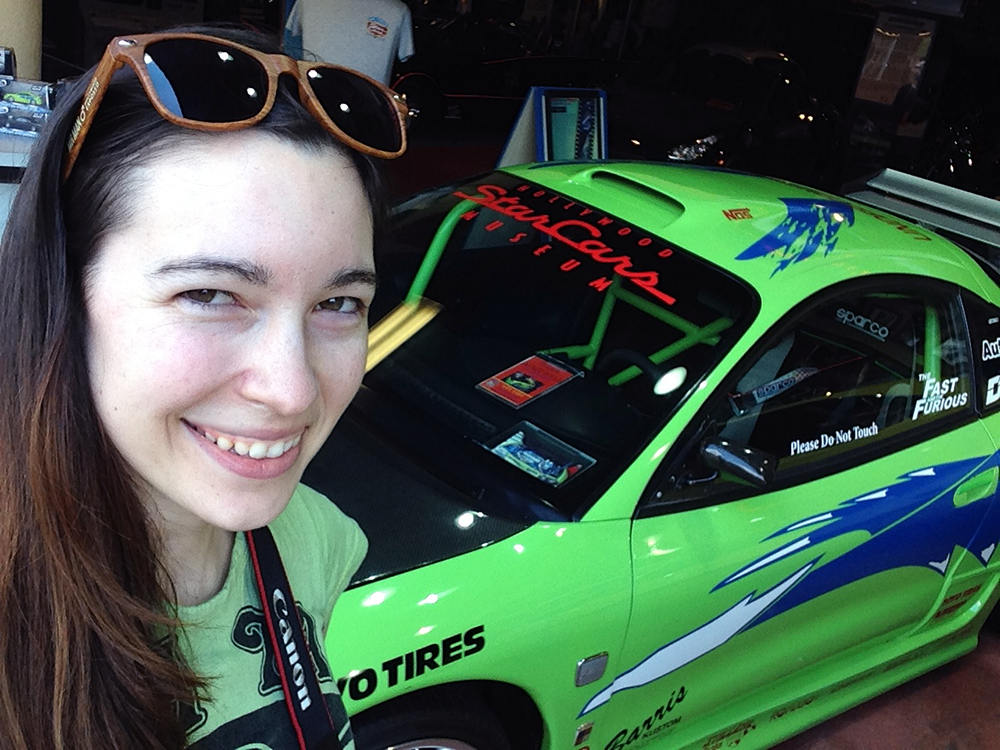 I’ll be honest and admit that I don’t think everyone my age would appreciate as many of the cars as I did. The collection was intense and had cars from stars as well as cars used in movies. I saw The Beverly hillbillies jalopy, the Love Bug, Fred Flinstone’s car, KITT, two different Batmobiles, the Ghostbusters wagon, Doc’s DeLorean, and I could go on! I was so entranced by this place I even sat and watched the educational film about the guy who made most of them.

You might think I spent my whole time here, and you wouldn’t be completely wrong (they reminded me when I left I could come in and out as much as I wanted for 24 hrs.) I had to do some moonshine samples as well though. While I was sampling I meet a fun couple from Virginia. They told me all about the cattle they raise and their incredibly interesting family. It turns out the husband’s grandpa had been a native Tennessee resident who was forced to join the confederate army during the civil war. After awhile they thought he should go back to farming and support the troops that way so they sent him home. The trouble being he never made it home! He was kidnapped again and forced to fight with another group of soldiers. He had decided he had enough of that though so he escaped to join the Union. I couldn’t have asked for better dinner company! I also know what a ramp is (the sweet wild onion thing) though I doubt I’ll be trying any. I’m told it’s not exactly legal to pick them! 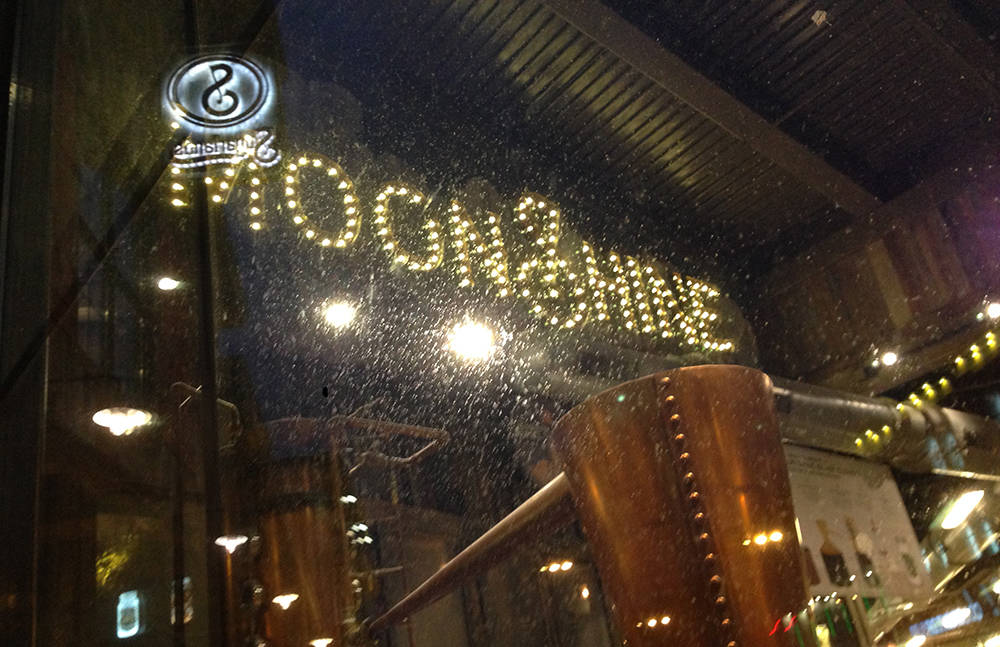 The moonshine tasting places seem to enjoy having some mountain-style string instrument bands playing which was fine by me. There was a group (possibly out of NC) that was square dancing along to the band. Both groups were fantastic and the dancers weren’t even getting paid! My was more than happy to get up and dance with them when they asked for voulenteers. I’ll admit I didn’t expect the dance to last 7 minutes, but it was a lot of fun.

Of course, you can’t visit the smokey mountains without getting up high and enjoying the view. The space needle provides a great view at night and there are a couple ways to get up the mountains which are beautiful during the day. I think their public transportation (which is all trolleys!) actually has a line that takes you to some hiking trails in the summer.

Tennessee; I can see how people could fall in love with this place! I mean, if you find nothing else entertaining then at least you can enjoy the accents and phrases in place of adjectives. (My new favorite being ‘itwa so hot it coulda set a wet dog ona fire.’) Till we meet again! 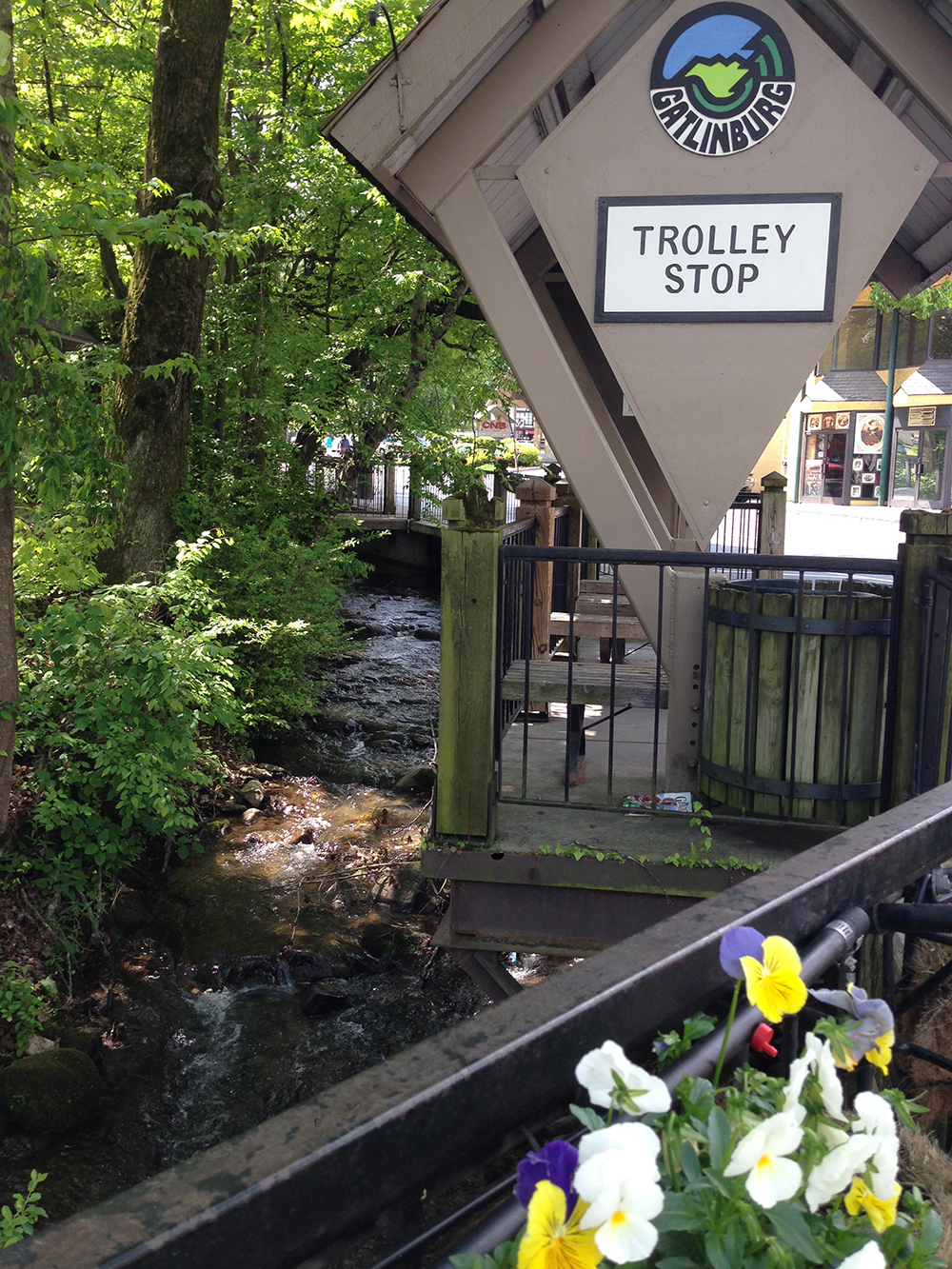