NIL A Land Beyond Belief is a fantastic graphic novel I came across recently and it’s incredibly fitting for this election season. The graphic novel written and illustrated by James Turner examines the beliefs of people who believe in nothing. It’s hilariously tongue-in-cheek and takes logical arguments to the extreme. 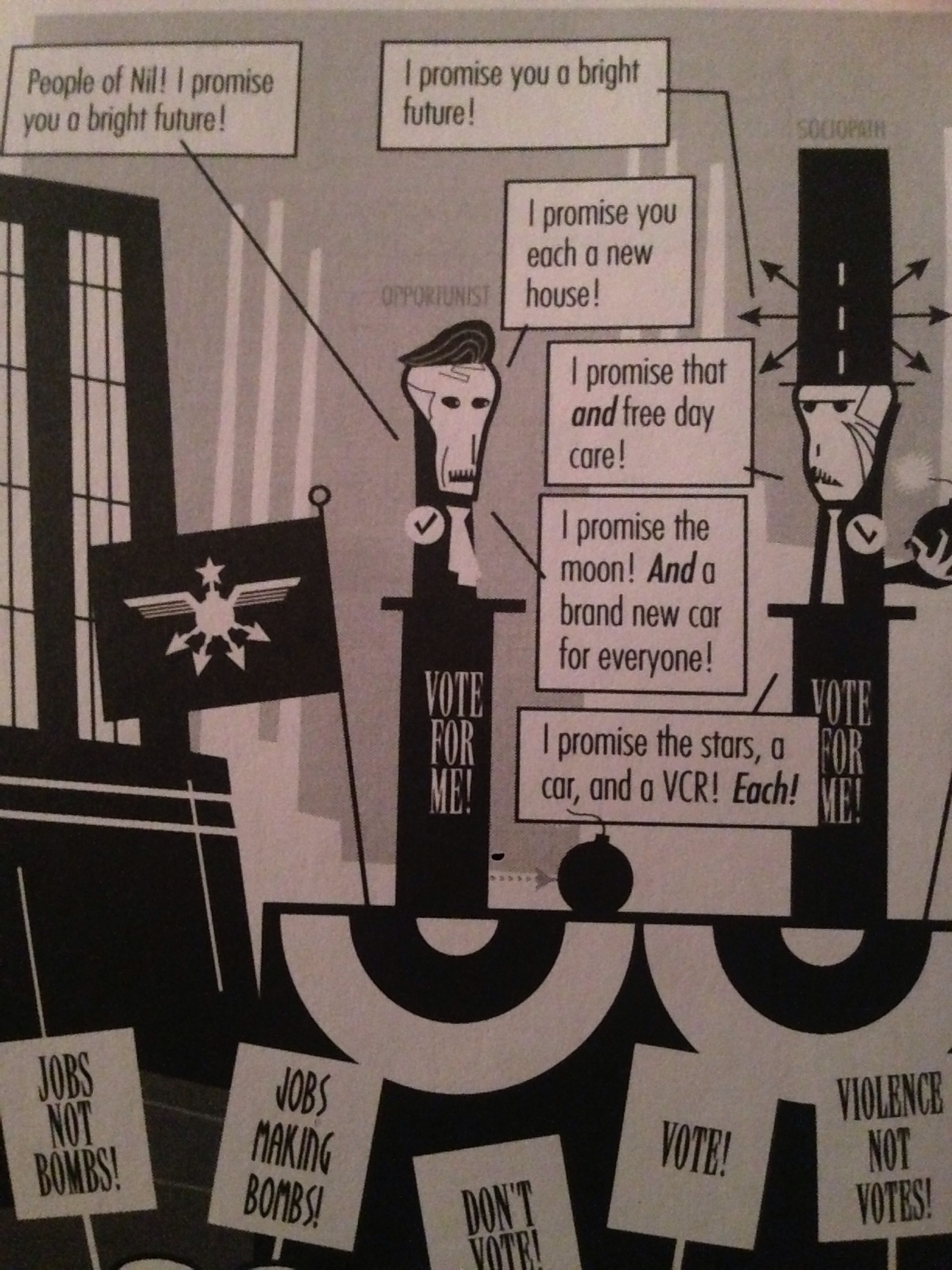 The artwork is wonderfully modern while borrowing elements from classic propaganda posters. Anyone can pickup on the vibe of this book from page 1. It’s cynical, logical, and explores the worst parts of human nature while remaining comical. The character you follow through the story is named Pronoun Nul. Like most everyone else, Nul looks dead, but James Turner does a fantastic job depicting emotions for the skull and bone cast. Unfortunately, none of these people were all that good in life so they reside in Nil, a twisted version of our world and fantasy. This shit place of Nil has some special guests straight out of your history books including “Adog” himself. 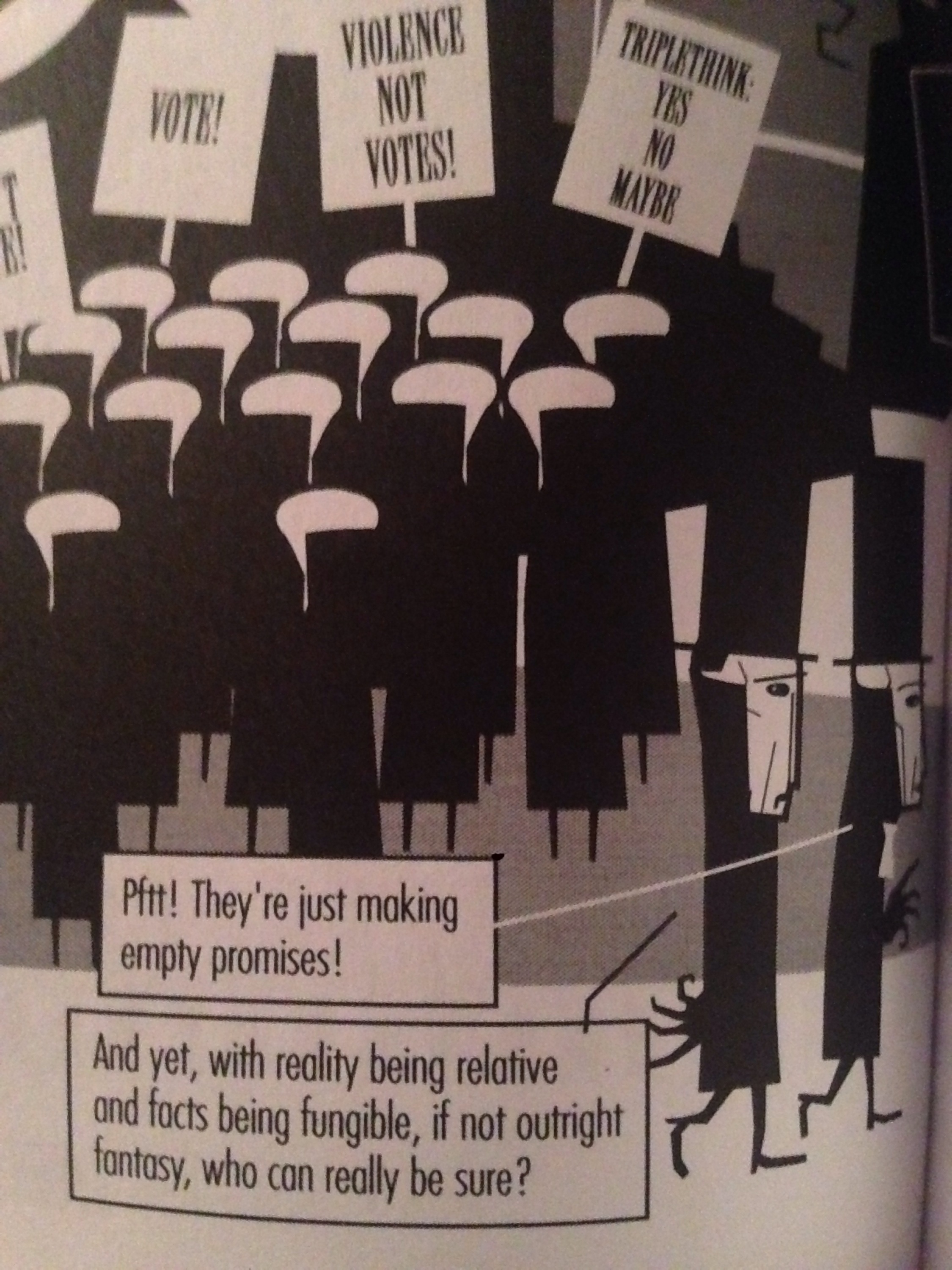 I mention that this book is particularly interesting during election time because a large portion of this book revolves around politics, beliefs, and corruption. Without spoiling the book, there are a number of hilarious quips that are more relevant than ever to the current presidential election. The style of humor is something like what you find in Rick & Morty and JTHM, but less violent and more verbose. Perhaps if Quentin Tarantino guest wrote an episode of Rick & Morty…