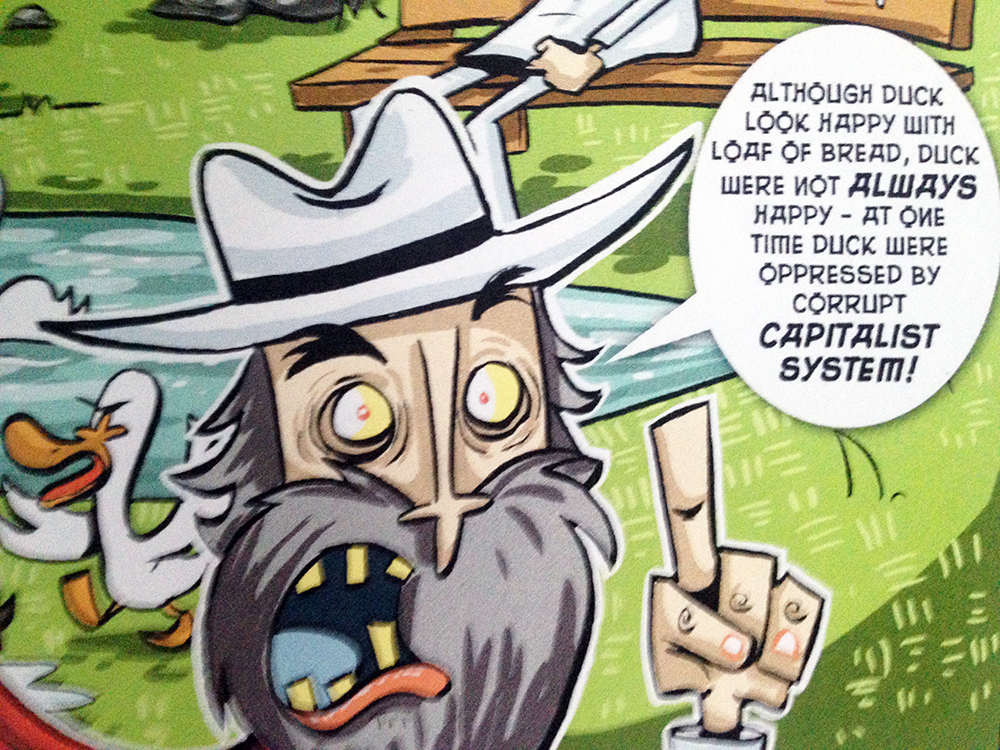 This was a hilarious comic I picked up at last Comic Con and just got around to reading it. It’s a timely read with the increasing popularity of socialist values that’s cropped up recently.

Now, I argue quite a bit with my friends about politics, because don’t we all know what’s best for our countries complex social and economic systems? This comic pokes fun at capitalism and socialism in the best ways. And without ruining the ending, has a fairly realistic compromise between the two systems. 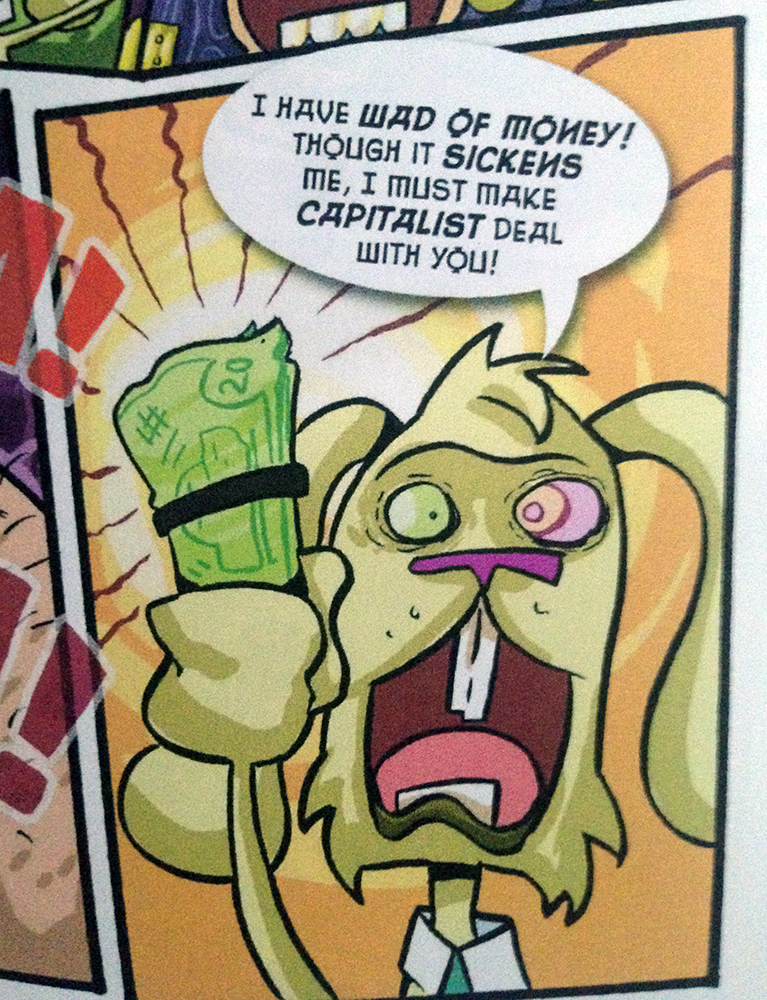 As you can probably tell from the artist’s style, the characters are wacky.  They remind me a lot of old school Cartoon Network cartoons, the obnoxious and crass ones, like Cow & Chicken and Ed, Ed, & Eddy. The content of the comic is certainly intended for an older audience than those shows though.

If you want to pick up a copy for yourself, I strongly encourage you read it cover-to-cover. There are a ton of funny little things written in places you would normally find boring legal information. The author and illustrator both give entertaining biographies, and as a bonus, you get a Free Record!* 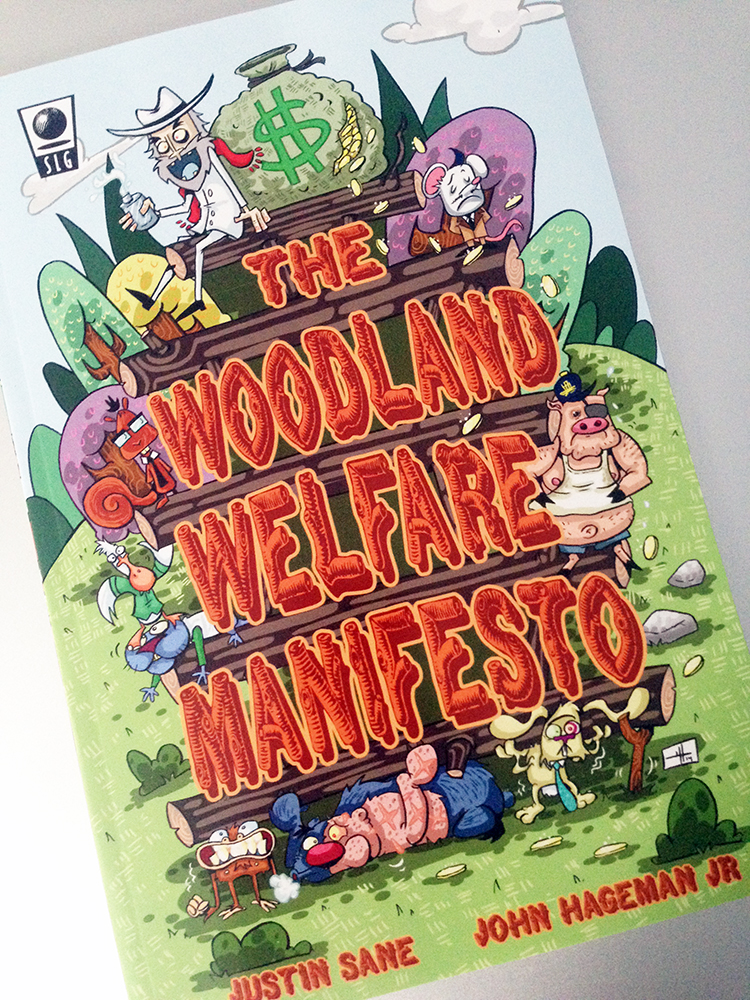 You may also notice that this comic is published by one of my favorite companies, SLG Publishing. Their humor is my humor, which is probably why I enjoy them. Some of the notable comics they’ve published include Johnny the Homicidal Maniac, Filler Bunny, Gloomcookie, NIL: A Land Beyond Belief, and Mr. Blank.
*They add a disclaimer that the record, while free, isn’t actually real.